Elder financial exploitation is one of the fastest growing crimes in the world, with the emphasis on crime.  Elder financial exploitation (abuse) involves the wrongful act of taking money or property and can be committed through scams, fraud or other means (embezzlement, identity theft, etc.) The perpetrators may include family members, caretakers, online or telephone fraudsters, financial managers, social contacts or service providers.

I know, I know I left you hanging last time and that wasn’t fair…El has been hounding me to get on the ball writing about the phone call. I hate feeling the way I do when I rehash this stuff even though, as I mentioned in my first post, my deepest hope is that it will help someone catch signs (earlier) with their loved one. So, write I will. One thing I do want to say is, in reflecting on how things were handled from all sides, I will be honest with you about how I or we could’ve said or done things differently so that maybe you can also use that information to have a more effective outcome than we did.

Where I left you before was when Elwin and Miguel were in San Diego to take Irma to doctor appointments, get her assessed and to plan the next steps in caring for her. At that time, they began the discovery process of just what had been going on with her finances. Since Christina and the girls were visiting the guys at Irma’s apartment, they had decided to keep the visit positive to protect her, and the grand-kids, by not bringing this up in their presence.

Once the boys returned to their respective home cities, and we received additional information from Citibank and Adult Protective Services, a call to Christina was planned. We were devastated at what had come to light and decided that I would initiate the conversation with Christina. Since she had told me about Sam’s indiscretions that I detailed in my last post, we figured if she didn’t know anything and I reached out to her, woman-to-woman and wife-to-wife, then I could more gently break the news to her. But, if this information wasn’t a surprise to her, well…then we wanted to determine what she knew about the financial theft. We strategized our wording to leave things open-ended enough so that her initial response would be very telling. Indeed, it was. A week after the guys returned from San Diego, I set the call on speakerphone while Elwin listened and Miguel was silently conferenced in. Elwin took notes on what was said. We have reconstructed the following from those notes and filled in any gaps from Elwin’s, Mickey’s and my memories.

Christina answered the phone and I asked if she had a few minutes to talk. She said, “I need to take my youngest daughter to the doctor.” I asked if everything was okay with her and after she told me what was going on and I asked her to call me back later when she had some time to talk. At this point she asked, “What’s this about?” I started by stating that “Something had been discovered and out of respect for her, I wanted to give her the courtesy of having the conversation, wife-to-wife.” She pressed and asked, “What’s going on?” so I said, “It’s come to light that Sam has been taking money from Irma.” Christina: “What are you talking about?” Defensively, she pushes back “Why is it any of your business?!?!” More a statement than a question. I said, “Well it became our business when Irma called us freaking out because she didn’t have enough money for her [$540] rent payment, and we had to send her $1,500 to bail her out because of the money Sam had taken from her.”

Yeah, you read that right just $540.00 dollars…. not much at all for a woman who lived as austerely as Irma had. Irma cleared over $1,800.00 every month in her social security and pension since she retired (I’m not even accounting for her income when she was working so it really was much more until she retired). Since the year 2000, she had a minimum of $200,000 dollars in savings from the sale of her house; plus, in 2001 added another $150,000 from a life insurance payout. On top of all that, since 2002, we had been sending her another anywhere from $120 to $500/month consisting of repayment of a loan to us (including 7% interest rate we insisted upon, until repayment was complete). Just an aside, we felt paying her interest on her loan to us was the honorable way to do things. Since she would normally have had the amount she loaned us sitting in a bank or money market account earning between ½% – 5%, we insisted the 7% rate was the right thing to do to make sure her money was still working for her even though we were the borrowers. Just sayin’.

So, Irma had $540 in rent and maybe another $300 – $500 in expenses (Kaiser, car insurance, landline, cable, Electric) and a little bit of money for lunch with a friend or a small gift. She was always incredibly careful with how much she spent. Remember she had almost 400K in money market CDs.

This is her monthly income on top of savings.

My point? Not only should Irma have had enough for her rent, but conceivably on top of her hundreds of thousands of dollars in savings, she should have had another $210,000 just sitting in her bank account. And she was calling us for $540.00. So yes Christina…you made this our business.

Now back to our regularly scheduled program…

So, Christina doesn’t think it should be any of our business. I then said, “Would it surprise you if I told you it was $5,000 this past year?” She replied, “That’s between her and Sam”. So, I said “What about “$10,000?” She replied, “I don’t know, again if she gives us money that her prerogative and again I just don’t see why this is any of your business?” I replied “Again, you guys made it our business when she couldn’t cover her bills because she was giving you her money.  And actually, just what we’ve found from this past year alone, is $16,000 …between clearing everything out of Irma’s bank account plus approximately $3,000 in overdraft Loans and Fees! Now she has no money to pay her bills and you’ve left Irma in a position needing to call Elwin and Miguel to pay for her expenses, so yeah, it’s our business now.”

Christina said, “I don’t know what Irma gives to Sam that’s between her and Sam” and “we have separate bank accounts because Sam would spend money before paying bills and checks would bounce for our bills, so I don’t know what she gives him.” I asked, even though we now knew the answer, I wanted to hear it out of her mouth, “Christina, you know how much he makes where do you think the $2,700/month for rent came from?” Nothing…… So I continued, “On top of that, Sam has been fraudulently using Irma’s credit cards! He apparently has sent some woman money multiple times from Irma’s credit card account.” Ah, now she’s interested… ”What woman?” she asks. I tell her.

“I just thought I’d give you the courtesy of letting you know all of this and that Adult Protective Services (APS) has been informed.” Christina blows up “I’m gonna be really mad if things go legal!” I asked her “Who would you get mad at?” Her answer, “I don’t know.” I explained to her that Elwin had warned Sam back in March that if he continued to take money from their mother that he would contact APS.  Searching for an excuse she then says “You know Sam was never taught how to handle money and he’s not good with it, that’s not his fault! No one ever taught him how.” (she learned through their own accounts and the many bounced checks and overdrafts that he had no concept of how to handle money and she had to take over the finances). I said to her, “Christina, just because no one taught Sam how to handle money, doesn’t absolve him of learning financial responsibility! Nor does it excuse stealing it from his 85-year-old mother. You wouldn’t do this to your own father or mother, but have no problem doing it to Irma?!?!?!?” 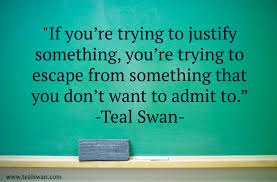 …. And then here comes the justification: “Well, we’re here and we take care of her.” which is pretty ironic coming from Christina because Irma had always told us, her friends, and other family that they never came around much (except for the holidays and birthdays, or whenever Irma went to their place because they used her as a built-in babysitter). We later found out from Irma that Sam would come around at least once a month to get money, not to visit, not to help her out with appointments or just visit. At that point, I mentioned about Irma’s Diminished Capacity she said that they had noticed that for the last few years (soooo…. you continued to take advantage of someone when you knew she was experiencing diminished mental capacity?).  At that point, Christina said “Look, I have to take my daughter to the doctor, I can’t deal with this right now.” I said, “That’s fine I just wanted to give you the courtesy of having this conversation, so you wouldn’t be blindsided.” (which clearly shouldn’t have been a concern on our part since she knew about getting money from Irma all along!). End of call.

The next day Elwin, Miguel and I were on the phone talking about the conversation that I had with Christina when the APS case worker called and we conferenced him in.  He stated that Sam had not returned his calls. We told him that Christina knew about the money and had mentioned that she had been aware of Irma’s diminished capacity for some time.  After hearing this, the APS case worker informed us that he was going to submit a criminal report for Financial Elder Abuse implicating Sam Hornedo.

Two days later after trying to get a hold of Miguel and Elwin, Christina called me.  She was angry that a police report/investigation had been opened.  She was not happy and proceeded to inform me that the she had spoken to Irma and had gotten the APS case workers phone number and called him.  He asked her questions regarding the money and then informed her that a police report had been submitted on the matter.  We had another long conversation basically rehashing the situation and I honestly told her how I felt regarding this matter. The conversation ended amicably but it finally proved that Christina knew what was going on all along and was complicit in this situation.

And there it is folks. In black and white.

How to Talk Honestly About Money With Your Family

Discussing financial topics with aging parents can be uncomfortable, but it’s so important.

Protecting the Elderly From Financial Abuse

The story from the beginning:

3 thoughts on “The Reveal”

This site uses Akismet to reduce spam. Learn how your comment data is processed.